Hit enter to search or ESC to close

Electric vehicles offer a range of benefits to their owners and the communities that house them. Unfortunately, many of these benefits are unfamiliar to most, and some can be difficult to quantify. As electric vehicles increasingly become the mainstream option for drivers, a full accounting of the economic opportunity afforded by the transition will be important to track.

Following is an overview of how to begin thinking about those benefits and their value for communities in Minnesota. 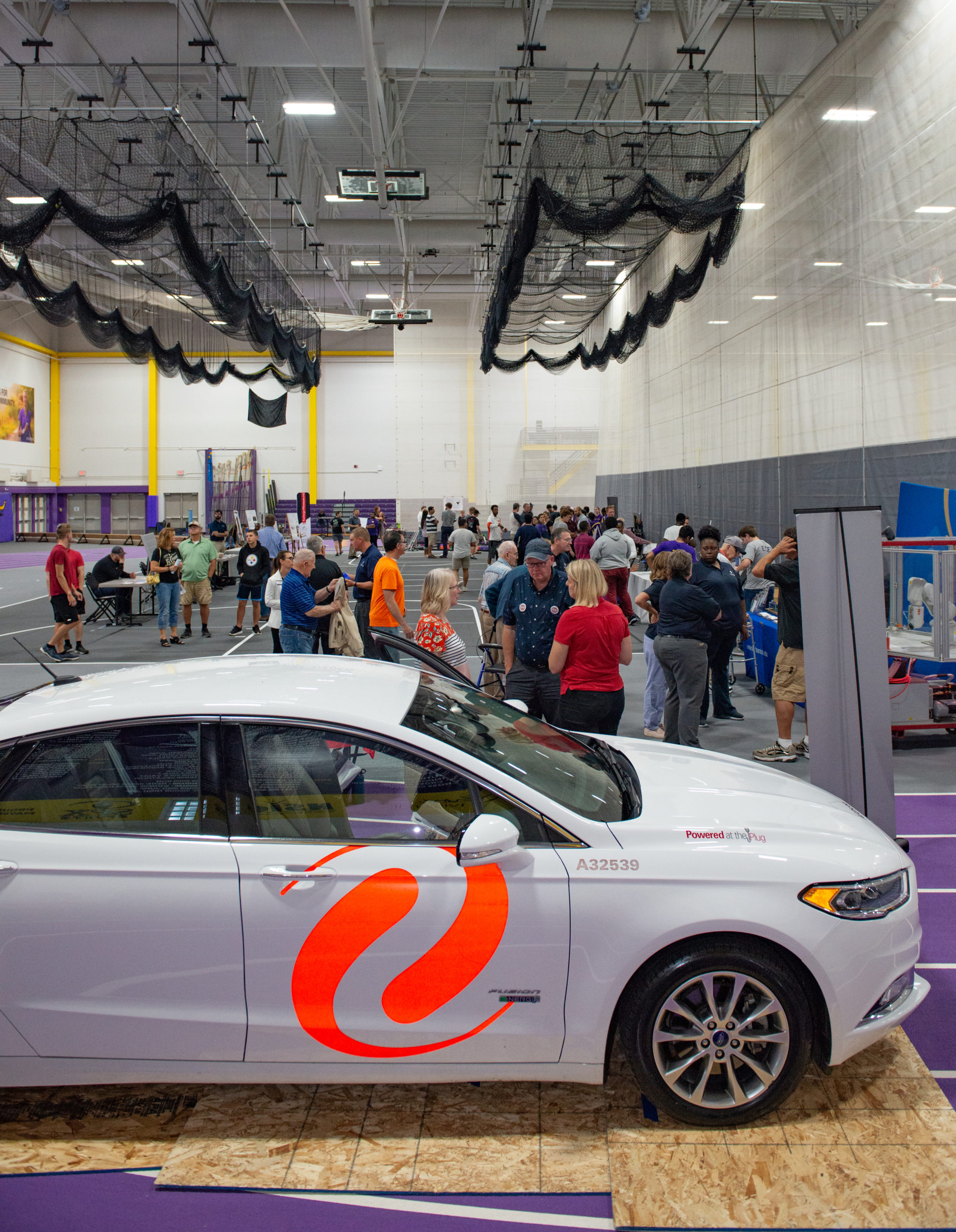 Weighing the Impact of
Gasoline Prices

A portion of the economic benefits listed above come from fuel savings. This number will of course vary based on gas and electricity prices, as well as average vehicle efficiency and the number of miles traveled each year per vehicle. Appendix B provides a framework for developing a time-and-location-specific calculation. The number in the summary overview table is relevant for the state of Minnesota as of June 2020.

“In 2014, Minnesotans spent $11 billion on transportation fuels, the majority of which were imported from out of state.”
– Minnesota’s 2025 Energy Action Plan

What Other Factors Could Increase the Economic Benefit?

This accounting of benefits is not exhaustive. Other EV benefits not quantified here include:

Even though it might be difficult to assign a specific dollar value to these types of benefits, they are significant and will clearly increase the economic value of switching to electric vehicles. Values for some of these benefits, though not specific to Minnesota, can be found in the studies in Appendix A. 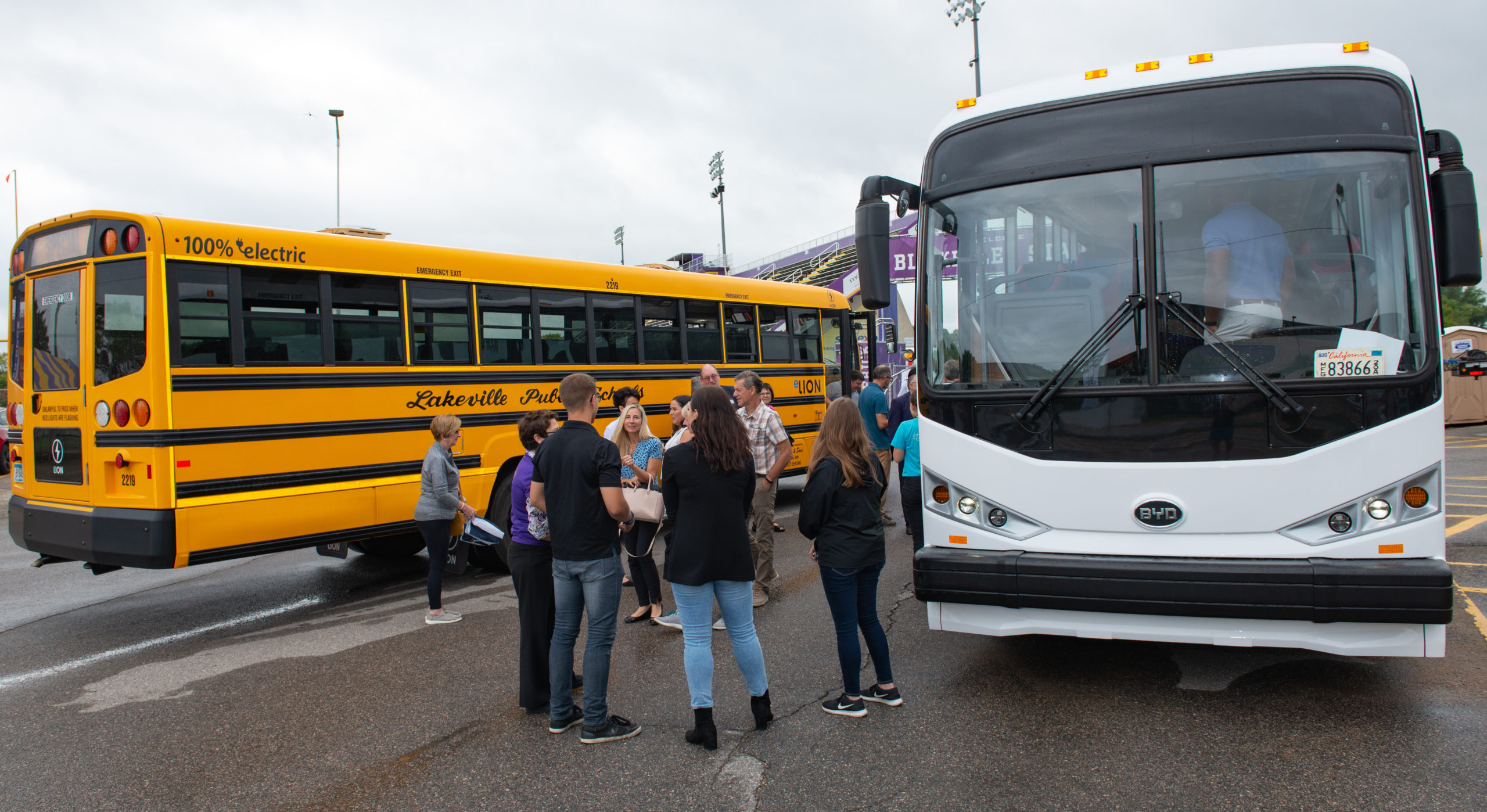 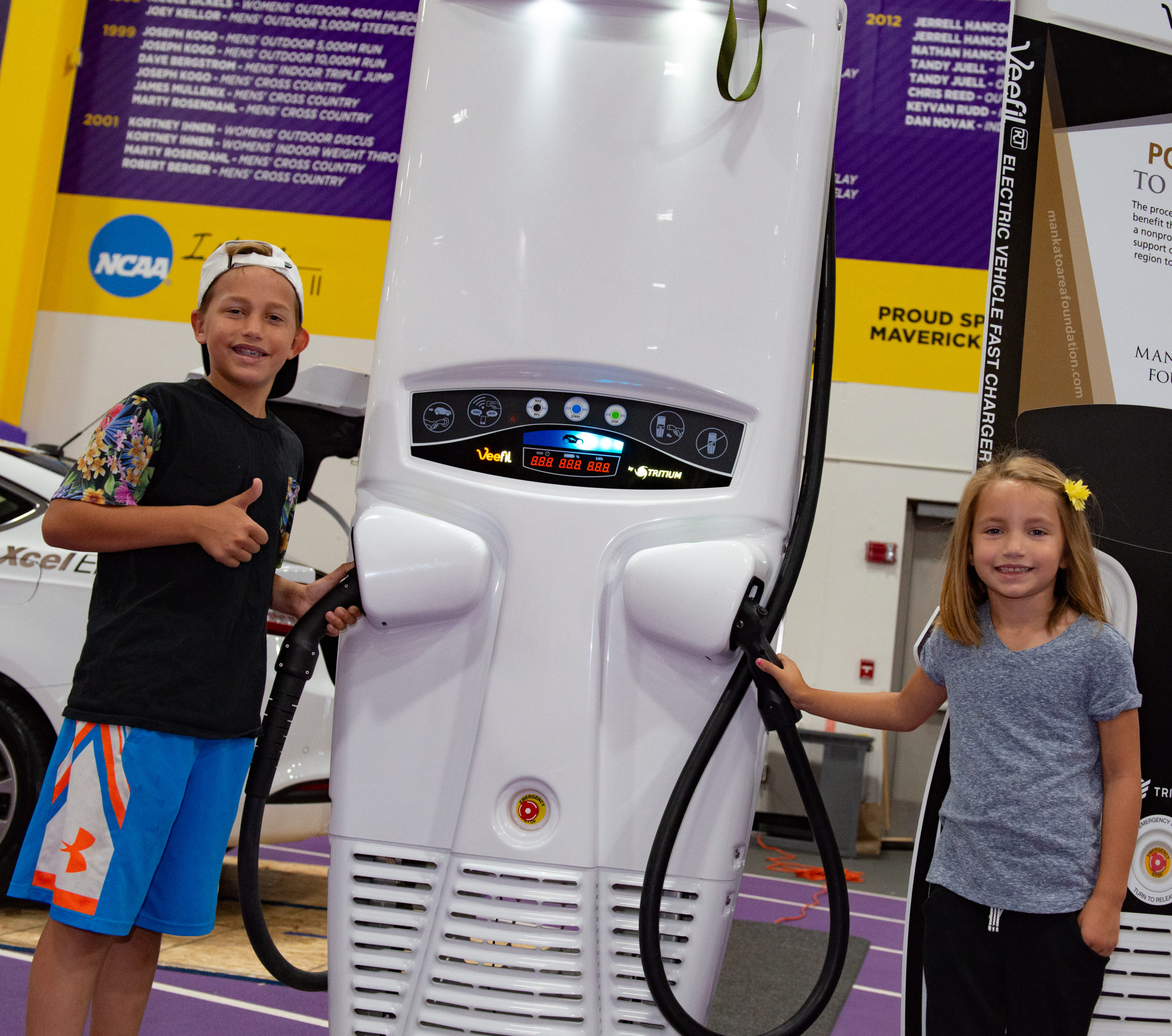 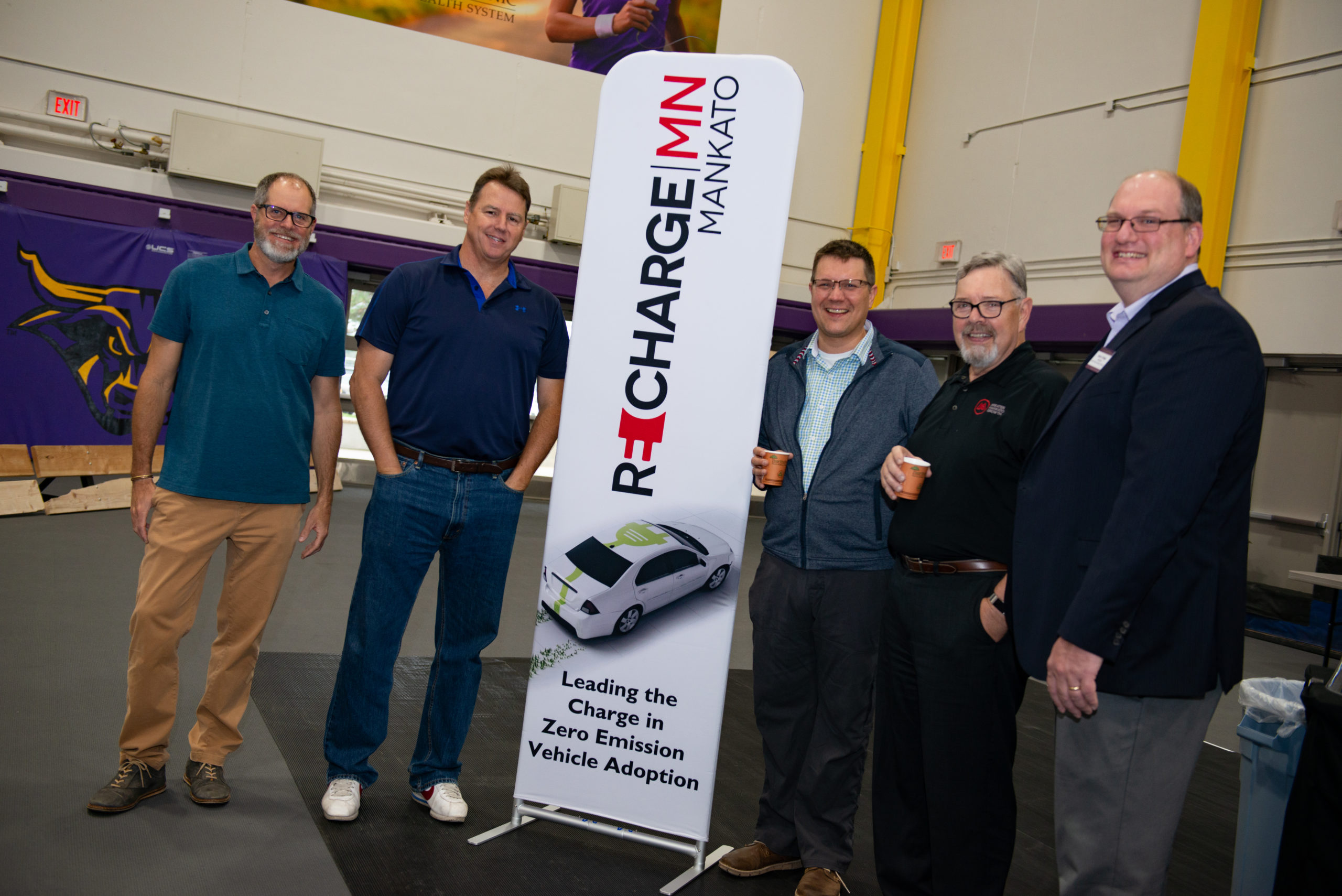 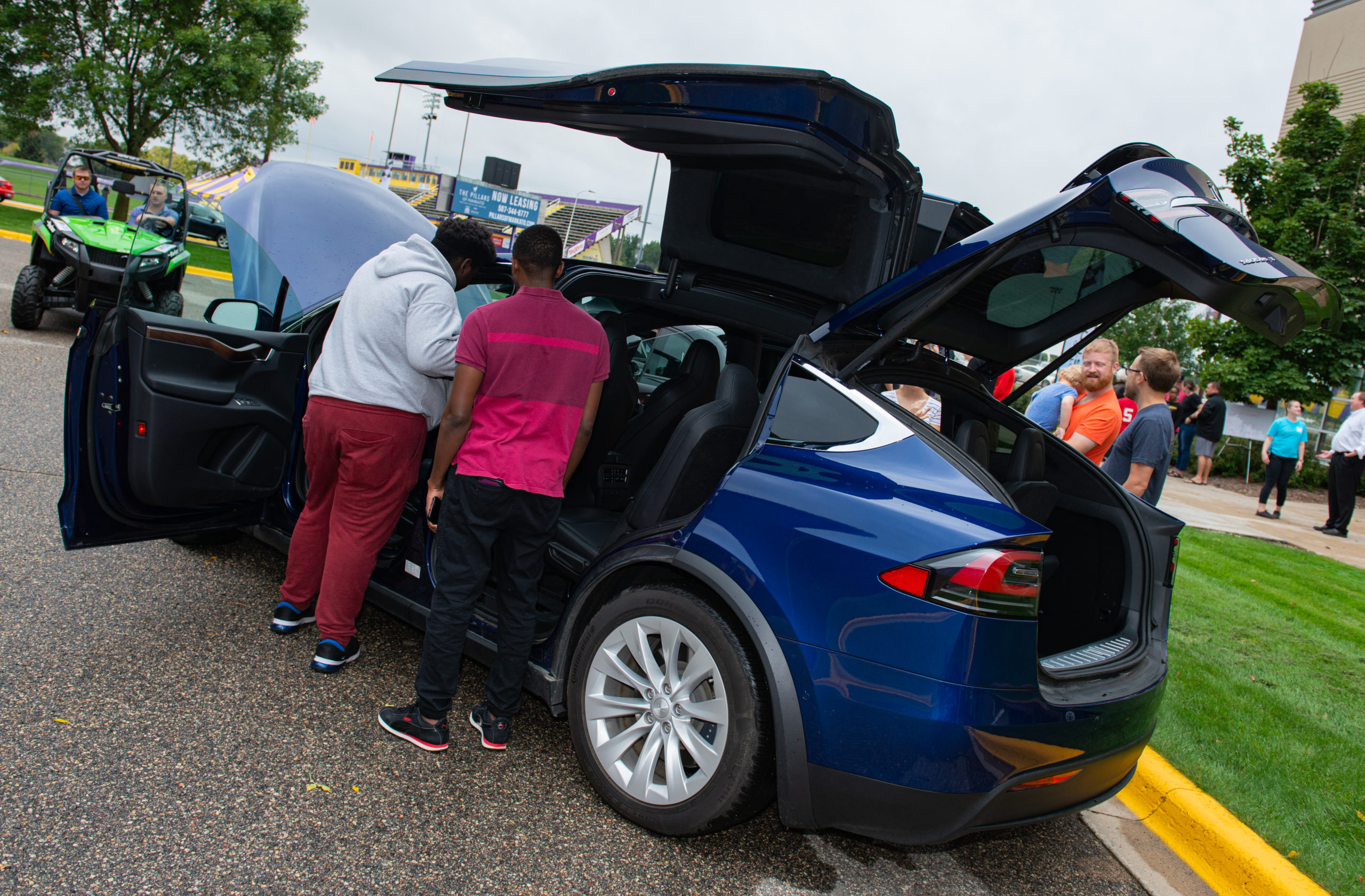 Refining the Exact Benefit for Your Community

…is left as an exercise for the reader.

Developing a universal, single, and exact number on the economic benefits of EVs is impossible given that the value will vary by location and over time. Moreover, certain benefits may be valued differently in different areas, even within Minnesota. That said, finalizing a precise number is less important than simply beginning to weigh the many significant economic benefits they bring to the communities where they are adopted. To help people in Minnesota who are new to EV benefits better understand their relative value, we simply say:

On average, every EV in a community delivers

over $1,000 per year in local economic development benefit

Shepard, Michael. 2016. The $100B prize: Why EVs are the opportunity of the century for utilities. Utility Dive.

Using this framework, we find that the average annual fuel savings per year is $677.

The 2016 report Clean Air Future: Health and Climate Benefits of Zero Emission Vehicles (Appendix A, item 8) documents in detail how to arrive at $20.5B of air pollution related health savings per year (their figure ES3).

This is under their “ZEV Future” scenario, where 65% of all cars are assumed to be ZEVs – half BEVs, half PHEVs – in their ZEV subject area (their Project Description). This is an increase from a 2015 base of 2% ZEV in an area with 75M cars (their Appendix A).

63% of 75M cars is 47.25M PEVs that generate the aforementioned $20.5B of annual air pollution related health savings. That comes to $434 per car per year, which is the number used in the chart above.

This savings represents the difference in health effects between burning gasoline and generating electricity to drive a PEV replacement (actually half of the replacements are PHEVs so some gas miles are still included; but the report accounts for this). Their study assumed that all marginal electricity generation to charge PEVs is generated by natural gas (their Appendix A). This is considered to be a reasonable approximation to marginal electricity generation (over the 13-year lifetime of a PEV purchased now) for PEV charging in Minnesota.

Note that the report also calculated a 100% renewable generation scenario, which increased the per-car savings to $608. The report also calculated $271 of annual climate-related savings per PEV. Neither of these figures is reflected in the above chart. Plus, Minnesota owners drive more miles than those in the ZEV states, so the actual savings in Minnesota would be larger.

“Any inclusion of third-party logos, images or references on the Recharge Minnesota website does not constitute an endorsement or recommendation by the state of Minnesota or its agencies or staff. Any documents that are submitted to Recharge Minnesota will be maintained by Recharge America for tracking purposes.”

Leading the Charge in ZEV Adoption